I just can't let the month go by without a post. 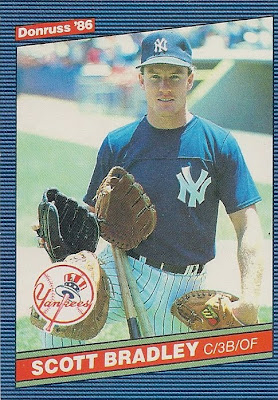 1. He is currently the head coach of Princeton University's baseball team.

3. Bradley also coached major league baseball pitcher Ross Ohlendorf while he was at Princeton, giving him the unique distinction of catching Johnson's no hitter, and later coaching a player Johnson would be traded for.

4. He is the brother of Bob Bradley, head coach of the American national soccer team and the uncle of professional soccer player Michael Bradley.

5. When this picture was taken, Bradley had only played 2 positions at the major league level, catcher and left field. 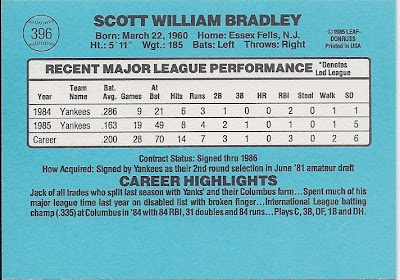