It's time for another Tito Fuentes card. If you haven't visited the newly sponsored Tito Fuentes reference page, GO THERE NOW! We are up to 1975 in our review of Fuentes' cardboard legacy. 1975 Topps is a beloved set, with it's two-tone fronts and it's miniature counterparts. 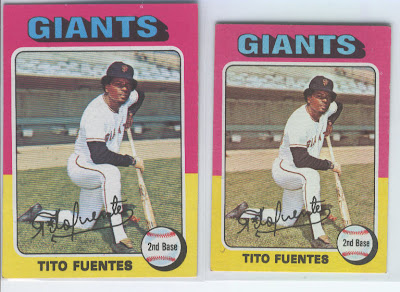 What says San Francisco Giants more than PINK, YELLOW, and BLUE? Tito is a star and he knows it. He now dots his "i" with a star and he still doesn't feel the need to separate his first and last name or capitalize the "f" in Fuentes. Us regular folk can't get away with such tomfoolery. As usual, Tito appears to be cool: nice stirrups, and an ever so slightly dented cap. Did you notice that miniature Tito is every bit as cool as the regular sized Tito! 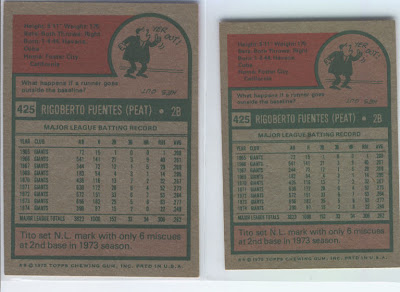 Here is what we learn:
1. Runners are out when they go outside the baseline. Seems to be a weak trivia tidbit. Tito would never run outside the baseline. I wonder if Donavon McNabb knew that? (Yes, I know about football, I just don't love it like baseball.)
2. Tito had a down year. He hit .249 with 0 Hrs. His 97 hits and 390 ABs were his lowest totals since 1969.
3. Tito set an National League record with only 6 errors in 1973. Jose Oquendo only had 3 errors in 1990. (Do you remember when he played every position in 1 game?)
4. Tito's .249 average seemed even smaller on the mini version of the card.

In related news, while it won't be his name when he is born, my wife and I are affectionately referring to our baby boy in the oven as Rigoberto!
Posted by mmosley at 8:25 PM 4 comments:

The 1997 Upper Deck Collector's Choice set contained a small subset of checklist cards called "Collecting 101," which featured Ken Griffey Jr. on the front and collecting tips on the back. Let's see how Upper Deck's tips hold up to 12 years of cardboard evolution: 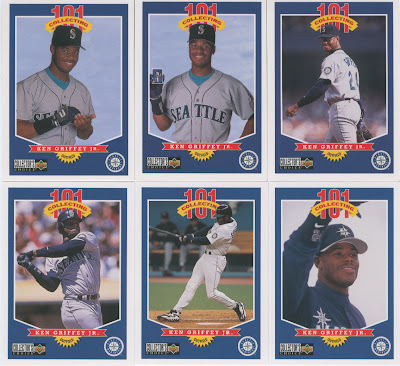 Two of the six are posed, studio shots. One shows Griffey happily autographing a card with a batting glove on and the other has Griffey cheesing it up while holding a 1997 Collector's Choice card. (I am too lazy to research which card he is holding.)

The Tips:
1. Sorting Your Cards - Sorting out your cards and putting them in numerical order can be a tedious and time-consuming task. Fortunately, all Upper Deck sets are sorted by team, so just divide the cards by team, and subsets, and put each stack into the right order, using the checklists as a guide.

*There are few sets still sorted this way. But how hard is sorting cards by 100's, then 10's, then by number. I collected many sets back in my younger days. I remember being excited when I would get long runs of numbers that I had all of, making lists of numbers that I needed, etc. Set collecting is alive and well out there in blog land.

*It all seemed pretty simple back in 1997. Now there are parallels and relics out the wazoo. 1991 Fleer Provisions was the first insert set I really wanted. Diamond Kings are still my favorite subset. After all my purging over the last two years, I have never gotten rid of a diamond king!

3. Completing a Set - The regular cards of a baseball set serve as a "Time Capsule" for the sport and the backbone of the hobby. Chances are you won't get the whole set by just buying packs, so keep a network of friends and dealers with which to trade so you can complete the set.

*Middle relievers and pinch hitters struggle to be memorialized in the yearly set offerings. I am all for complete sets even though they are now way down on my collecting priority list. Remember when you could go to a card shop and finish your set for $0.05 per card? Good times!

4. Caring for Your Cards - It is very important to keep your cards in the best shape possible. So to display them, put them in clear plastic sheets and a binder. Put them in nine to a sheet, so that you can easily view both the fronts and backs without damaging them.

*I protect my cards but I am not sure why. Whatever you do, make sure you can LOOK at your collection. I still enjoy studying stats, reading bios, and trivia on the back of baseball cards.

5. Using your "Doubles" - If you've completed a set by getting packs a few at a time, you're probably left with a few duplicates. Don't just discard them. Sort them out to see if you're close to completing a second set, or trade them with friends or at a local card store to get extras of your favorite cards.

*I used to never trade a non-double. Now I give away or trade all doubles plus many cards I have one of but do not want or need. The land of blogs seems to sometimes be just a great way to traffic baseball cards to those who need a daily cardboard fix.

6. Collecting on your Own - For a great way to keep your collection interesting and more personal, try collecting for your own personal subsets. You can make sets of players with a common theme, such as former MVPs, sons of former Major Leaguers, players from your hometown, etc.

*This is the best tip and the one I abide by most as of late. I collect 1 of every Met, Tito Fuentes, 1 of every HOFer, 1 of every player on my simulation league team, a few sets, and random other things I like. Good fun! 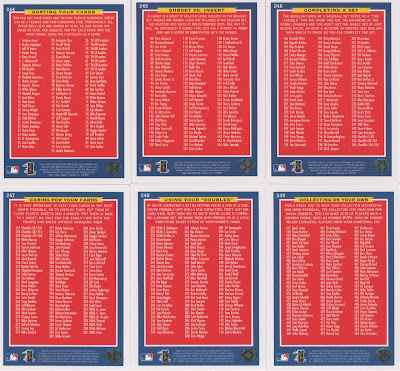 Upper Deck did a pretty good job with their tips back in 1997. In 2009, there may be a few more tainted tips like:
1. Make sure Pujols spelled his name with a "j" or it might be a fake.
2. Try collecting cards of all players listed in the Mitchell report. For added fun, collect a before and after card for each slugger.
3. For Mets fans only: Pay way too much for a Mo Vaughn card and feel the regret of a big league team.
4. Beware of the SuperFractor, you might burn your eyes out!

Please share any tips that Upper Deck or I have missed.
Posted by mmosley at 7:42 PM 1 comment:

Maybe the toughest of all the positions! Positions one through three are a toss up. 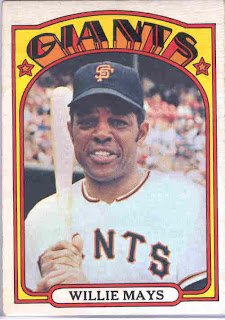 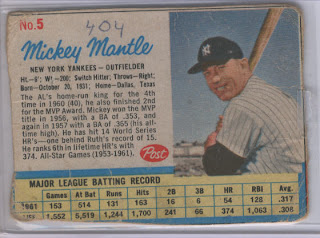 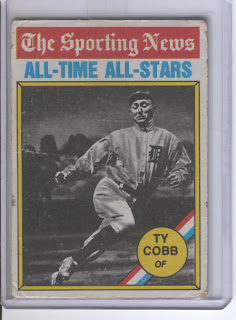 I'd start a team with any of these three guys.

Others Considered:
Ken Griffey Jr - His 30's took a toll on his body and his career numbers. He was fun to watch and collect when I was a kid. An impressive top three keep him out of consideration.

Joe Dimaggio - Not the MVP in 1947! (Did you know that Ted Williams won the triple crown twice and finished 2nd in MVP voting BOTH years!!!) That hitting streak sure is impressive. No player has come within 10 games of topping it.

Current Players Who Might Make the List:
Grady Sizemore - I keep waiting for him to explode. He's 26 and coming off of 2 surgeries. He better explode quick to get in the conversation.

The Babe and the Hammer are next up in BEST: Right Field
Posted by mmosley at 9:19 PM 5 comments: