I have bought a few packs of 2009 Heritage. I like them more than previous year's Heritage sets because they decided not to distort the images quite so much. This one in particular caught my eye: 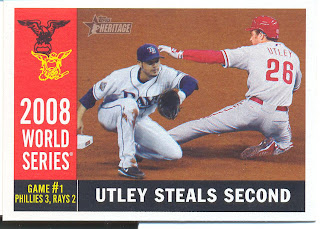 I instantly thought of my one and only 1960 Topps card, elegantly creased through the middle: 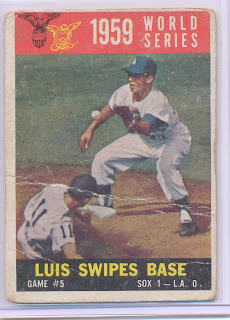 Maybe Utley should have swiped his rather than simply stealing it, but I won't be too picky. The odd, overlapping League logos adds to the authentic flavor of this card. Despite my increasing distaste for the Phils (not yet to Bravian proportions), Topps did a great job with this one.

Even the backs are spot on:

I'll have some 2009 MLB predictions up soon. There is no way I am picking my Mets. I am more than a little superstitious about such things!
Posted by mmosley at 5:59 PM 3 comments:

As a former set buyer/collector, I don't have lots of memories of obtaining individual cards. That is changing as I am becoming a more selective collector.

I can tell you exactly how I obtained many of the new cars to my collection: I traded a Kobe for a Chipper Sports Royalty (that one hurt my Met-feelings). I won a Duke Snider auto in a All-Star contest (the Duke was a bonus to the main prize). I recently bought a super-shiny Tito Fuentes on Ebay for my super collection (I really will show off the Titos at some point on this blog).

But I wanted to share the treasures I found at my very first card show in 1985!!!! 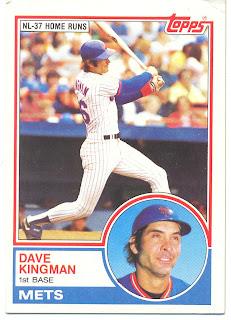 I got this Kingman out of a box of singles for probably a quarter, maybe less. Until I looked it up today, 24 years after I bought it, I wasn't sure what it was. It has a blank back and indicates that Dave hit 37 dingers in the upper left corner of the front. It is slightly miscut. It was my first oddball card. Apparently, Topps issued a sheet of league leaders with no numbers and no backs in 1983. Now I know.

Kingman was a free swinger who would fit right in with today's sluggers Howard, Fielder, and Dunn. 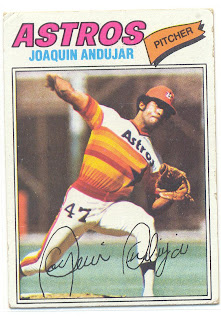 That's right, a Andujar ROOKIE CARD! Before relics, parallels, and autos, the RC was the one and only king of the hobby. I picked up Joaquin for somewhere between a quarter and a half dollar. At the the time, I didn't have an older RC of any player, much less a 20 game winner like Andujar. 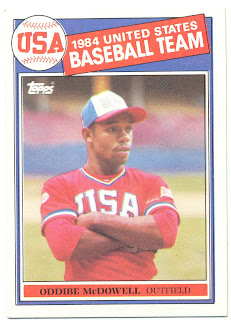 I have mentioned this purchase before. I bought the US team set, wrapped in cellophane wrap, for a quarter. Back when McGwires were selling for serious coin, it was the single greatest card purchase of my life. It probably still is.

There you have it, my favorite card acquisitions. All combined for under $1!
Posted by mmosley at 9:27 PM 2 comments:

Dinged Corners continues to inspire me and many others to post more often. Here are a few of my favorite "text on the front" cards. 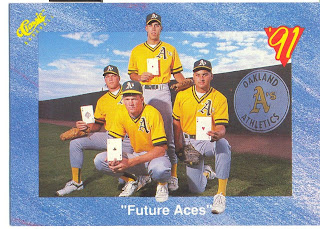 The card had clever text with a matching clever photo. The problem was; these future aces were anything but. Van Poppel stuck around for a few years, Dressendorfer played one year, and Peters and Zancanaro never made it to the show. I'm sure the Mets haters can find a similar photo of Izzy, Wilson, etc. (Never aces but solid relievers) 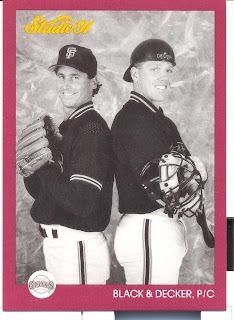 Bud Black was part of a 1982 Fleer 2-card puzzle that read "Black & Blue (Vida Blue). This Studio card provided small, home appliance humor that has gone unmatched in the last 18 years. If only they were holding Dust Busters. 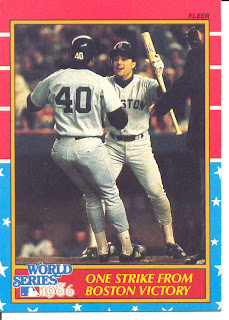 I THINK NOT! Mets win, Mets win!!!!!! Some say Mookie would have been safe even if Buckner had caught the ball. That game was unraveling way before that monumental mishap. It's about time that a little magic returns to the Mets. 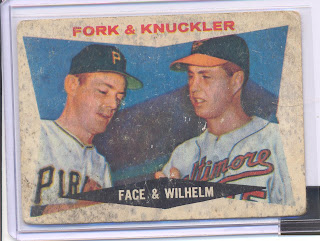 Shouldn't that be "Forker," as in one who forks. Cool vintage card of two good pitchers chatting about their #1 pitches. Today's card would read "Gyro & Public Enemy #1" (Dice-K & Kershaw). 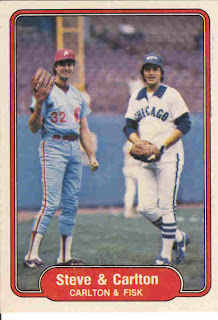 For anyone who didn't read the comments on the Best: Catcher post, readers wanted Bench higher on the list. I can concede that, but I am a Mets fan and Piazza deserves top three consideration. Now, on to first base:

First base has become a pure power position. Keith Hernandez was a Met, a TV star, and an 11-time Gold-Glover but he is not on my list. 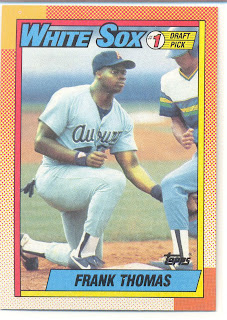 I expect to get some argument about this one. I was surprised myself at this choice. The Big Hurt was a a great hitter, for average AND for power. He is one of only four players with at least a .300 average, 500 home runs, 1,500 RBI, 1,000 runs and 1,500 walks and he is one of the few stars of baseball who has been vocal about ridding the game of steroids. 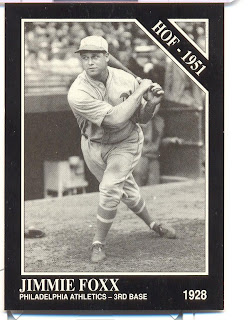 Lefty Grove said Foxx "had muscles in his hair." A League of Their Own character Jimmy Dugan was based on his time managing the Fort Wayne Daisies. 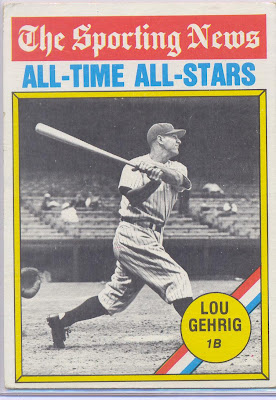 A disease named after him, the "luckiest man" speech, being the Iron Horse before Ripken was more ironier (that's a word). I hate that the Yankees top the first two lists but what can you do?

Others considered: Greenberg, he hammered before Aaron. Musial, played more games in the OF. Bagwell, he's an interesting HOF case.

Current players who may make the list: PUJOLS!!! He is close to the list already. 8 years, 8 top-10's in MVP voting, 7 top-5's. He is the best in th egame today. And he plays great defense. 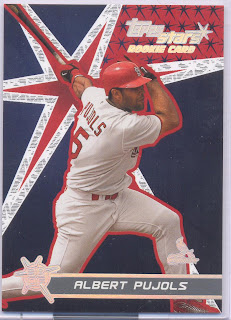 Are you a Mattingly fanatic? Do you think Dan Brouthers deserves more credit for his play in the 18th century? As a Mets fan, should I rate Bill Buckner higher? Let me know what you think.
Posted by mmosley at 11:33 PM 4 comments:

I love baseball. I love almost everything about it: the pace of the game, the stadiums, the stats(especially the ones on the back), and the debates. Dayf, of I Hate Glavine & Smoltz & and their stinkin' variations.blogspot claims Mike Schmidt is the best 3rd baseman of all time. I'll get to the hot corner in due time but I'm starting with catcher.
Truth be told, Josh Gibson was probably the best catcher of all-time but I'm limiting my choices to Major League players. Some older players like Ty Cobb and Cy Young may be given less weight in my rankings because they did not always play against the best. 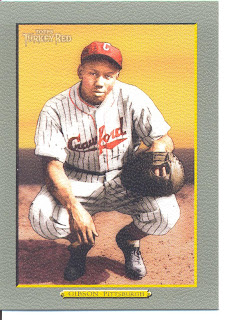 Nothing scientific about my choices, just a few stats and a few thoughts to go with them. Any thoughts are appreciated. 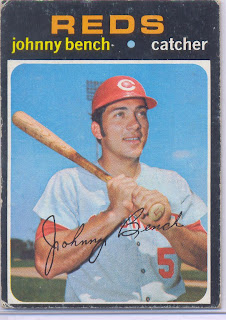 I was an avid baseball bunch fan! And one of my favorite Letterman Top 10 List items: Least favorite Pepperidge Farm cookie flavors - Johnny Bench Nut Cups! Bench was on some really good Big Red Machine powered Cincinnati teams. Each year the nation's best collegiate catcher receives the Johnny Bench Award. (You can get a card signed by Johnny for $60.) 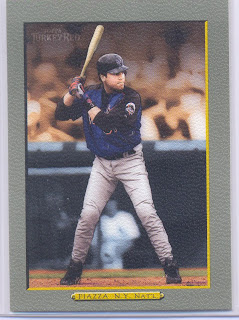 Greatest hitting catcher of all-time! After Seaver, he's the best Met of all-time. And does anybody believe that Roger Clemens didn't throw that bat at Piazza on purpose. First ballot HOFer. 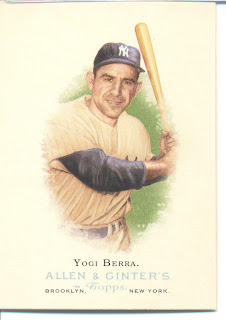 The MVP stats are staggering! He is a legend, even if he did look tiny that final night at Yankee Stadium. 10 championships is incredible. He was Bill Russell before Bill Russell was Bill Russell. (That's right, I said Bill Russell 3 times in that sentence!) (You can get a card signed by Yogi for $50.)

Current catchers who may be great: Mauer, but he won't be a catcher for long, McCann, perrenial All-Star for what that's worth. Pudge doesn't have a job yet but will be a HOFer, just not in the same class as my top three. Wieters is projected to be great. I'll wait and see.

Are you Buck Ewing's great-great-grandson and have a beef with my list? Does your Jason Kendall refractor collection's value hinge on my putting him in my top 3? Let me know what you think.
Posted by mmosley at 8:21 PM 9 comments: