It's because his 2005 Topps Turkey Red Card is AWESOME. 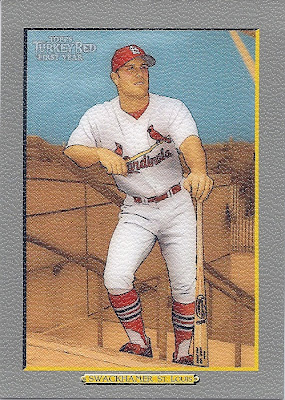 He is on the top step, old school striped socks with his pant legs high, waiting to run out on the green grass of ball field. And what will he do once he gets there?

He'll SWACK homeruns with his
mighty hammer, of course!
He doesn't even need a nickname, he's "THE SWACKHAMER". He was almost a legend.

I like this card so much, I bought each of the variations that are readily available. (Must not have the RED!)