Continuing my series of posts on the best of all time...

2nd Base is tough. It's so tough to compare across eras, but that is the fun of it. Here's my list:

#3 - Rogers Hornsby - many may argue that he should be number 1 and maybe he should. He played 23 seasons, 10 of which were freakishly good. But he played in the teens. 175 UPS+. Bring on the arguments!

#2 - Joe Morgan - 2 MVPs, 5 straight top 1os. He did everything well, he hit for power, stole over 40 bases 9 times, .392 lifetime OBP. Don't hold his color commentary or his EGO against him when judging his playing career. 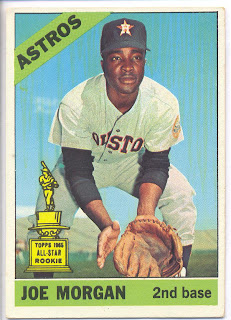 #1 - Jackie Robinson - didn't play in the Bigs until he was 28, ROY his first year, top 15 in MVP voting from ages 28 to 34. He was outstanding despite the crap he had to endure. His early and mid 20s would have produced some pretty special career numbers. 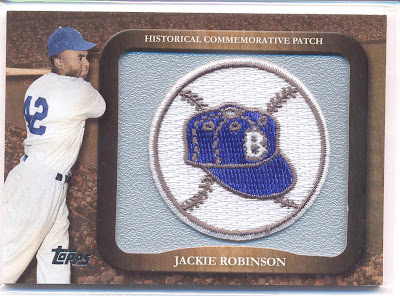 Others I considered:
Naploean Lojoie - played in the 1800's.
Craig Biggio - great and versatile player, played outfield and catcher, too many average years trying to get to 3000 hits.
Roberto Alomar - like Biggio, played a little too long, was never great after the spitting incident.
Eddie Collins - played too early but was really good for a lot of years.

Today's players who may one day make the list:
Chase Utley - he got a late start to his career. He is already 30 and would need 8-10 more years of what he has done the past few.
Dustin Pedroia - he'll never rack up crazy numbers but he plays the game tough. The hardware is piling up already: World Series Ring, ROY, MVP, All-Star, Gold Glove, Silver Slugger. Quite impressive for a pint-sized runt.

What do you think?
Posted by mmosley at 5:13 PM

Mulling the question.
PS We're so naive. Now we have to google alomar and spitting.

I have no complaints with your rankings. Jackie would have had excellent stats had he been allowed to play a full career. Joe is great, but I can't rank him #1 out of principle. Rajah is also an insanely good player.

Don't underestimate Eddie Collins just because he played in the deadball era though. He hit just as well in the 20s as he did in the teens. He was also a great fielder, stayed clean through the Black Sox scandal and has the most win shares of any second baseman.

Tito Fuentes should at least get a mention here.